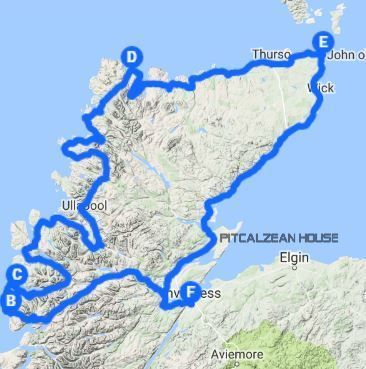 The Official North Coast 500 route begins and ends in Inverness at Inverness Castle. The Castle is a perfect starting point to the route as perched on the hill and offers unparelled views over the capital city of the Highlands.

Bringing together a route of just over 500 miles of stunning coastal scenery, the route path naturally follows the main roads across the coastal edges of the North Highlands taking in the villages and towns of places like Ullapool, Durness, John O’Groats, Dornoch and Inverness.

With hundreds of things to see and do, you are going to need your handy app with you to make sure you don’t miss anything out! Search for businesses across the map, identify places to stop and see how close you are to great attractions, all on the new NC500 app!

The app will be available offline too – so when you are surrounded by the splendour of the natural Highlands, you will still be able to find out where you nearest watering hole is.